Things are advancing quickly with the SEN mothers group in Wythenshawe (SENsitive) and they had their first scheduled campaigns strategy meeting on 25th May.

Rachael gibbons has put together a 4 part series on campaigns strategy including tasks to complete together. The group are really onboard and have expressed excitement and gratitude.

Following their speeches at the GM mayoral assembly – they were also the topic of an article in the M.E.N – which is great exposure for them : “I’ll go hungry because I can’t face going out”: The suffering driving women fighting for better mental health care in our city – Manchester Evening News 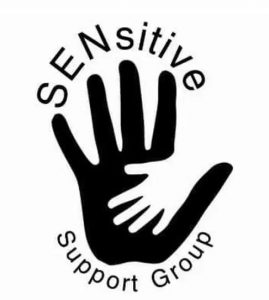 Prior to the Mayoral elections in Greater Manchester (GM), candidates were given the opportunity to hear crucial stories from community members in the city region at the GM Mayoral Assembly on 27 April 2021. The Assembly was a non-partisan event combining research from GM citizens and influence from various faith leaders, community groups, high-schools and foodbank volunteers. The event noted that despite the various roles occupying the space, that everybody was now coming together as Mancunians to work with those in power to deliver greater change and develop community leadership.

ollowing celebrations of achievements in the city region over the past five years, it was time to hear powerful stories on priority issues identified by GM citizens research along the lines of mental health, poverty and climate emergency.

Sharing their stories under the category of mental health and access to services, were mothers from the SENsitive group based in Wythenshawe. SENsitive is a group for family members who have children with special educational needs and disabilities, fighting for greater access to provisions and services, whilst supporting each other through day-to-day obstacles. Two mothers from the group, Carla and Shannon delivered powerful testimonies about their own experiences of seeking support from local services and the continuous battle they face when finding their way through the systems designed to support the most in need.

Carla and Shannon reflected on the need – and legal right – of their children to have an education, health and care plan (EHCP) and the struggle to secure it, alongside a diagnosis in the early years of their children’s lives. Carla in particular noted that despite an EHCP now being in place for her child, there are no places at a local SEND school, so at five years old her son still has no access to the education he deserves. The stories were crucial in setting the tone for the event, and the recurring theme that occurred throughout: ‘nobody listens, because nobody cares’.

Reflections from the candidates summarized that the basic needs the SENsitive group are fighting for are not radical or out of the ordinary, they are vital rights that need to be upheld and the obstacles and barriers faced by this community need to be removed for them to live a fair and equitable life.

The recent House of Commons report on Special Educational Needs support in England produced findings from eleven surveys of children with SEND in April-June 2020 across the UK. These include a survey by the Disabled Children’s Partnership, whose survey of around 4,000 parents and carers with disabled children in May 2020 found that ‘nearly a third (32%) said they were receiving no support specific to their child’s needs from school […] [and] a quarter were getting good support’.This – a reflection of the stories heard by the mothers in the SENsitive group – demonstrates a clear violation of Economic, Social and Cultural rights including: The Right to Education, The Right to Health and the Right to an Adequate and Healthy Environment.

The SENsitive group in Wythenshawe are currently working alongside the Social Rights Alliance Manchester, as the first local community group building their capacity to tackle injustice through the framework of economic, social and cultural rights. The group intend to build upon the legacy of Alf Morris, former Wythenshawe MP who played a vital role in the introduction of the Disability Rights Act. Look out for a podcast soon with Carla and Shannon from the group who will discuss their stories and the steps they want to take to deliver meaningful social change.

We have been funding 'spaces' in Greater Manchester

find out more about them